The Dragon Source
By Frank Htiman

The principal was a young and energetic lady named Eva. She showed me around her school, we chatted for half an hour and we agreed on a total of 4 shows. She agreed to help me invite all kinds of kindergarten teachers, principals and education officials in the neighborhood to come and watch our show. It goes without saying that when Eva dropped me off at the subway station on my way back in her large luxury car, that I was brimming with enthusiasm for this great window of opportunity. On my way back, I got off in the middle of the fields, and enthusiastically harvested some dragon food.

When I came back to the apartment, we had a special Ethernet cable installed in the room. Jeanmarie showed me something that had arrived through the mail; a characterful crow with a deep black fur and a wild look on its face. Fuelled with new energy, we worked very hard the coming few days to get ready for our show in the Dragon Source neighborhood. 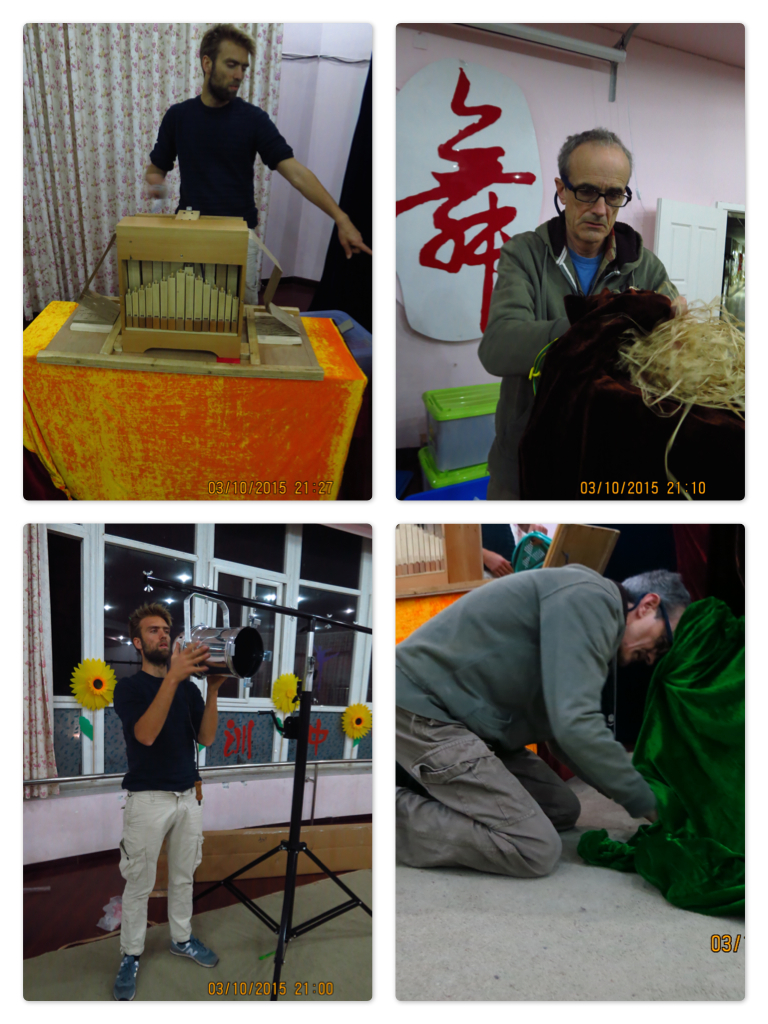 Jeanmarie & Frank preparing for the show

The shows in Eva’s school were an enormous success. We immediately continued on the same line of quality where we had stopped in 2014. The crow was a huge hit. The children identified immediately with this terribly misbehaving character. And its big yellow beak was perfect for slapstick interaction with the dwarf, which gave us a lot of new possibilities. 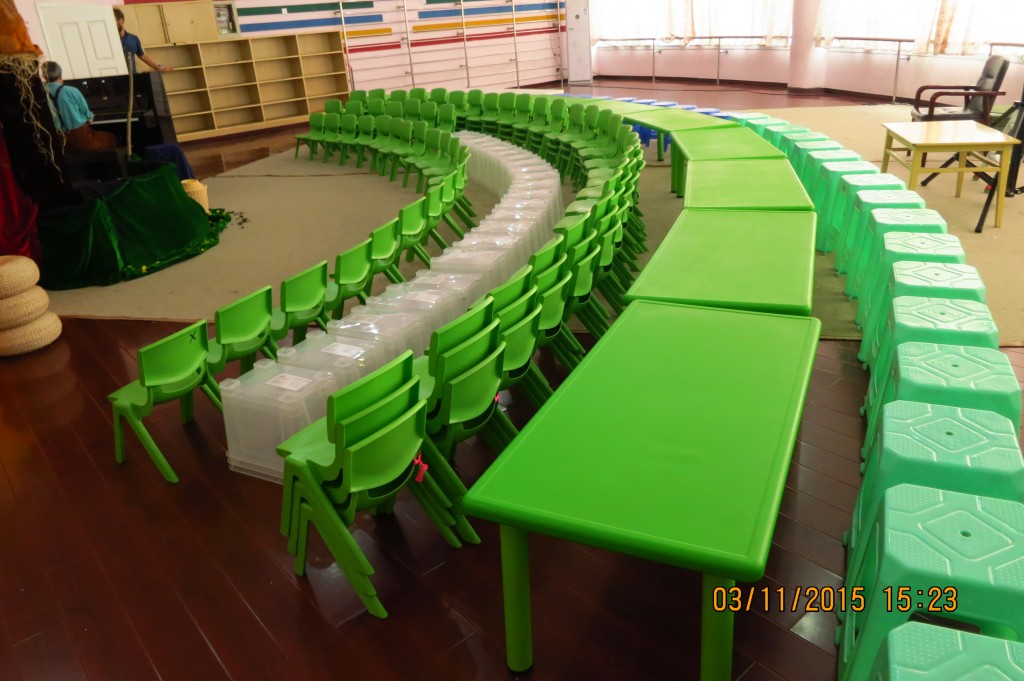 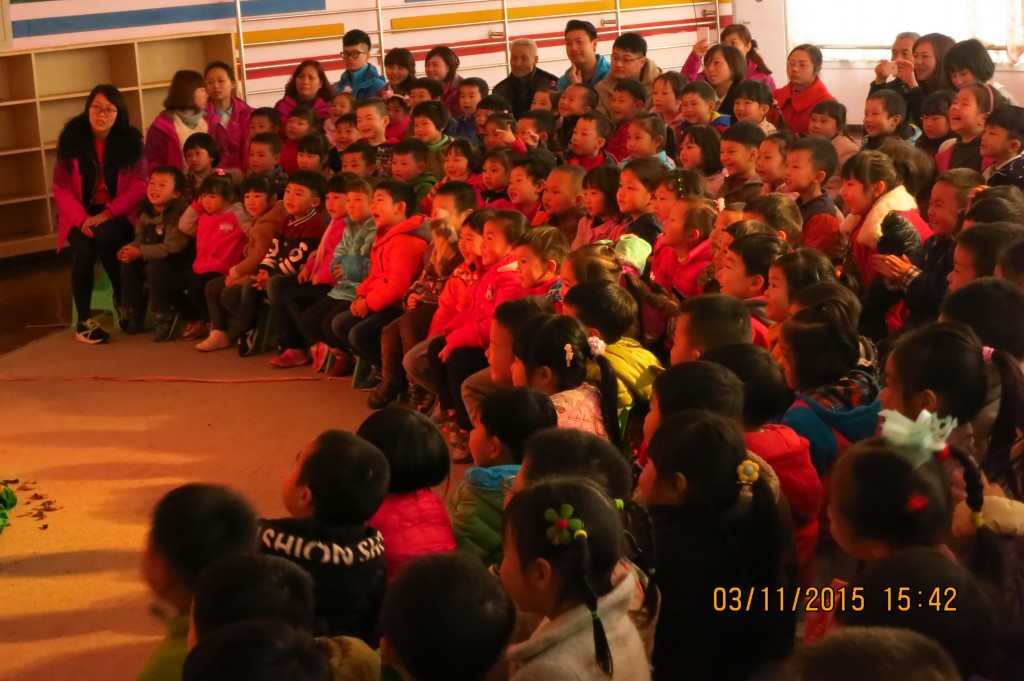 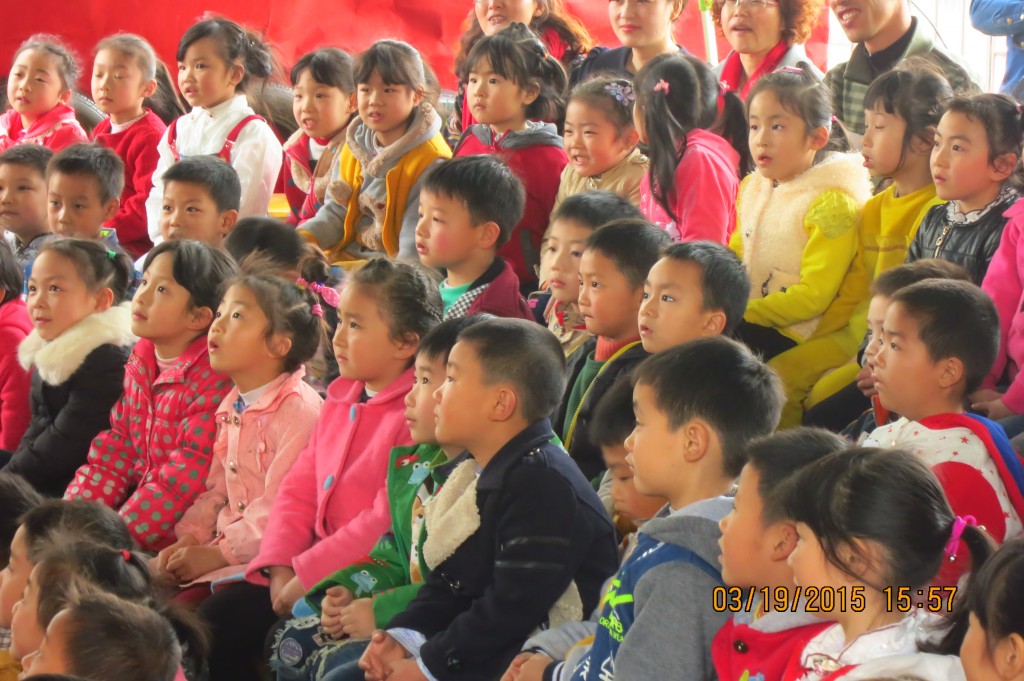 A local television station decided to produce a feature about us. The principals who were invited to the shows were so enthusiastic, we were booked in another school for the day after.