Frank and Jeanmarie, the main characters of “The Dwarf in China”, have taken up a new adventure in the city of Chengdu, capital of Sichuan province. They performed their dwarf show in kindergartens from March 10th until April 10th 2015. Frank & Jeanmarie will write about this period on this blog.

The Dwarf in Chengdu 2015 was a fact! With a feeling of triumph the 3 of us shared a cigarette in the car upon leaving the airport. But as we were driving out onto the congested airport highway, exhaust fumes entering the car from all sides, and looking out into the hazy, polluted white-gray sky, we felt compelled to extinguish our smokes with hacking coughs.
As I had arranged apartments right in the city center, we encountered very heavy traffic. Chengdu is a large and well-known Chinese city with 8 million inhabitants. Liu told us that it was quite nerve-wrecking to drive in this city. And indeed, many drivers just missed hitting us when they mindlessly zig-zagged over the highways, alternating crazy bouts of speeding with driving 20 on the left lane while checking social media on their smartphones.
After some arrangements with the landlord, we settled in an apartment on the 26th floor, right in the middle of the concrete jungle. After a lot of hassle and conflict with the guard at the parking lot, we were able to carry all our props and stage parts to the room. 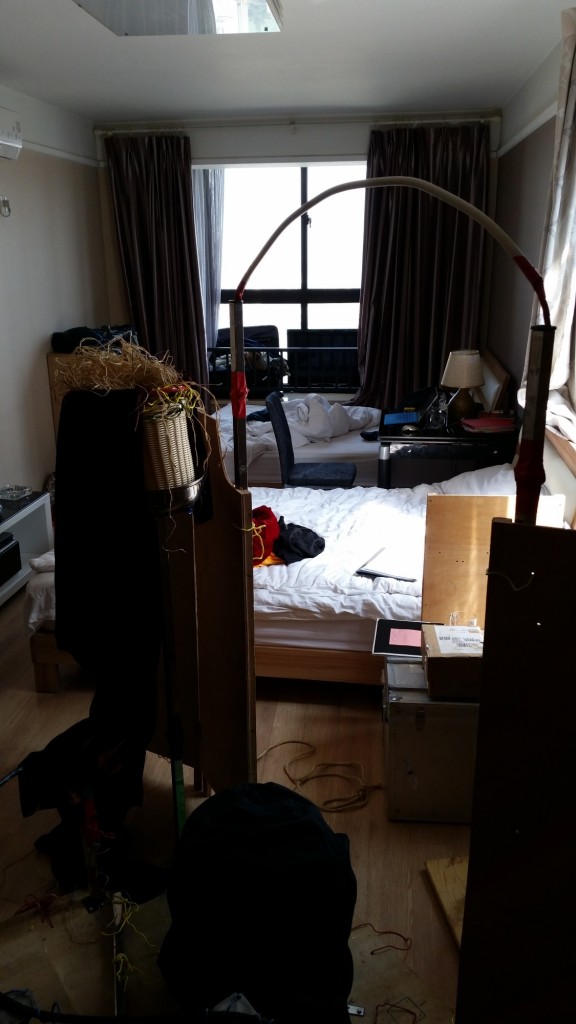 The first set-up of the stage parts in our room. 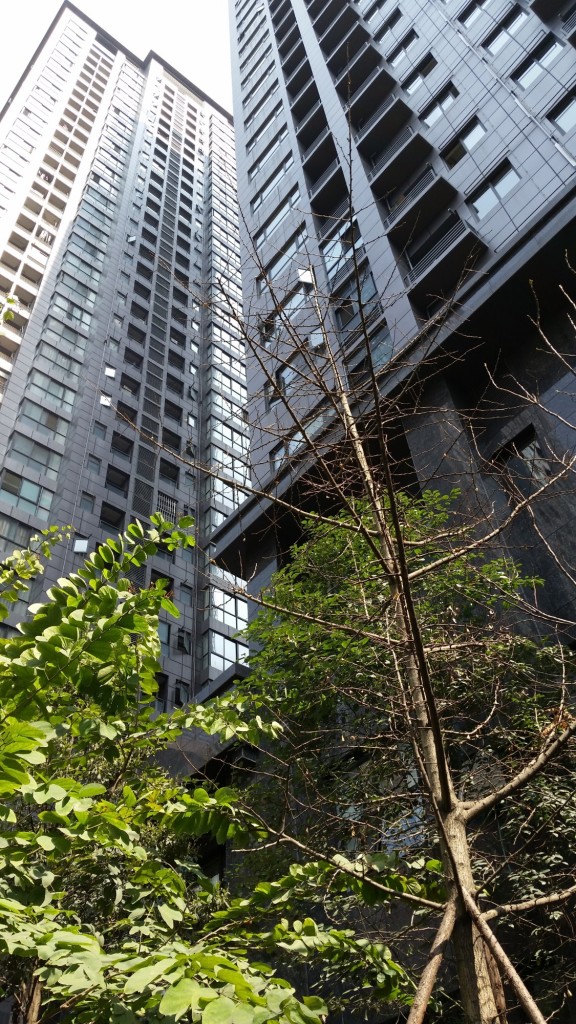 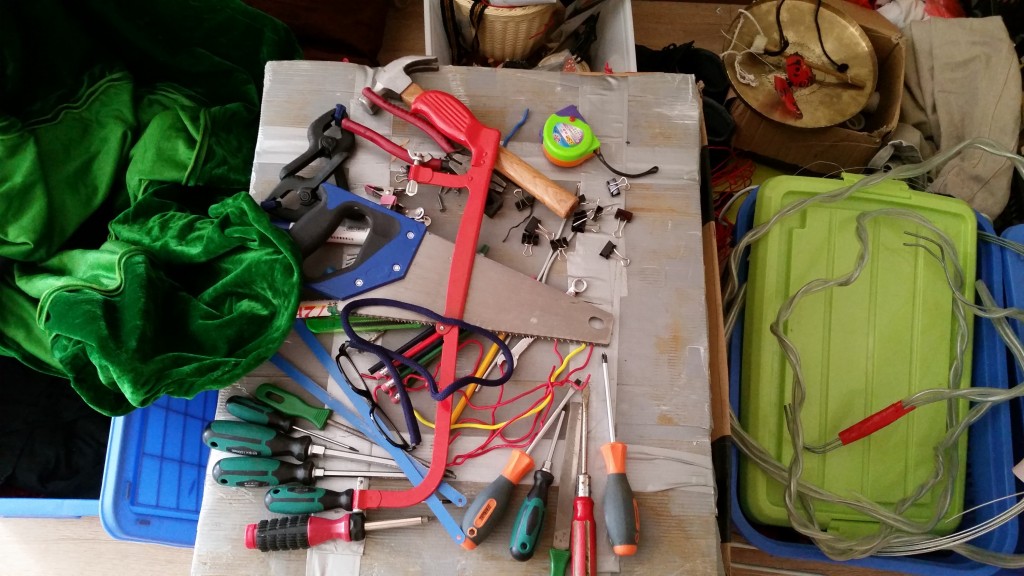 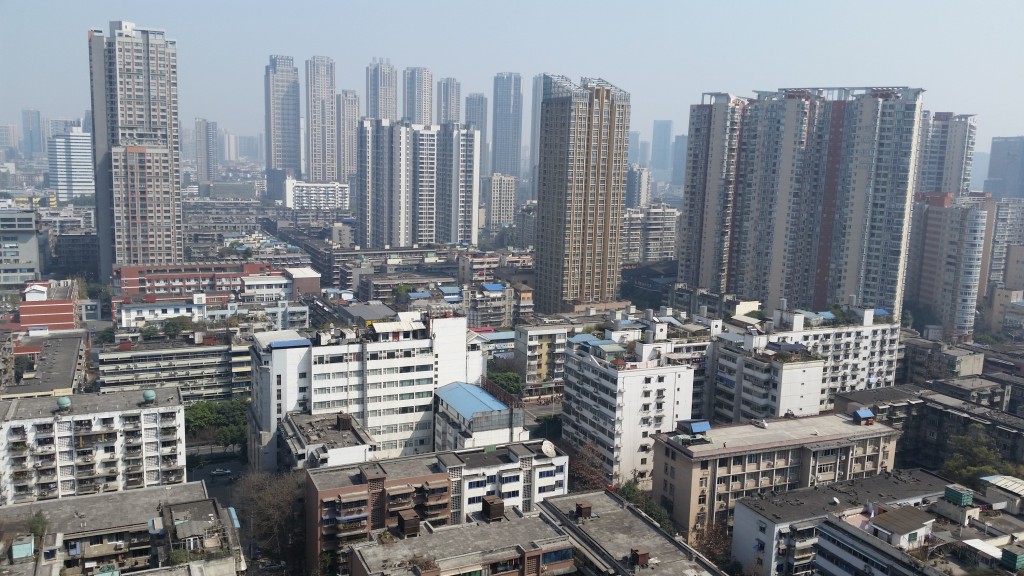 The view from our room.

When we were making our first inventory, it seemed everything except for the electric saw had made its way from Kunming to Chengdu. No crucial props or stage parts were missing. “So did you carry the crow in your carry-on luggage?” I asked casually. Jeanmarie looked back at me with a big frown. “Well, no, because we didn’t have the crow with us either at the last tour, or did we?”